“On March 7, 2014 Long time member and prolific painter, not to mention inspiration and friend to many, Amalor Myrnnyx; passed away. He was always ready to participate in painting challenges, both here, and in the Battletech community as well. Best known for his mecha pieces, he was also quite keen on painting fantasy and sci-fi figures as well. One of the last things he posted was, in response to another painting challenge, a reminder that the real goal was to have fun. So that is what this is, an opportunity to do something in his memory, to paint something in his memory, and a reminder to have fun.”

“Submissions. Anything from any company will be accepted, so long as it reminds you of our dear friend. Submissions should all be in by the 7th of September, where they will be gathered and put together in a video format in time for his birthday. As per forum rules, anything containing nudity needs to be hosted off site and linked”

Let me start out saying that the mech painted below couldn’t touch one of Amalor’s mech paint jobs.  I learned a lot just from examining what he did.

For my submission to the memorial I decided on replicating a lance design I made for Battletech based on the “Grey Death Legion” mercenaries from the novels and resource book.

My version of the mercenary company had added some additional mechs including the Pennant Lance, an Assault class lance.  The original lance is made up of the following, Harlston Jacks’ Grand Titan (leader), Bama Fujita’s Battlemaster, Muriko Sampson’s Awesome, and Wendy Mayhem’s Archer.

I think I got it pretty close using some of my current techniques to maintain details. 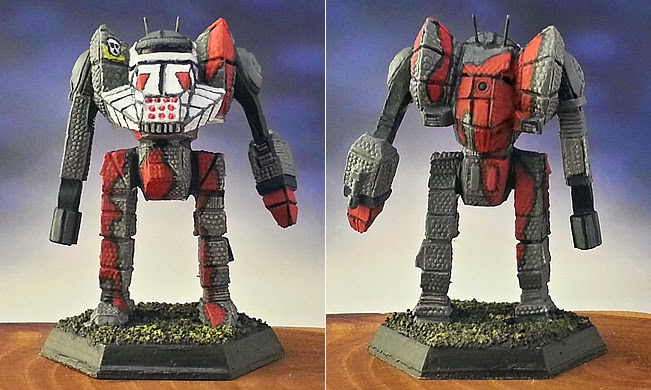 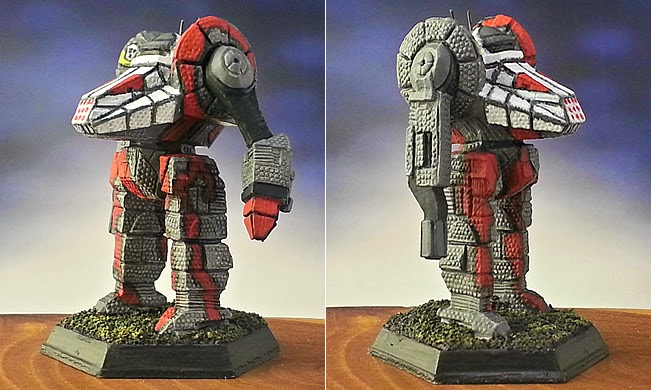 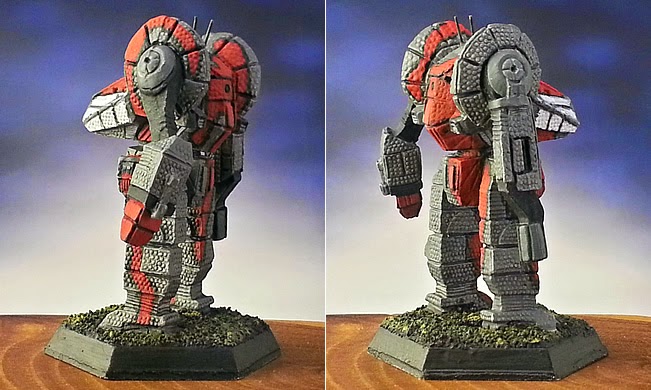 Unlike the previous mechs I painted in the schema, the Dragon mech has lots of details with the armor “scales” so it was difficult to get paint coverage and maintain the details.

When I first did the “dragon skull” the eyes at the left and the right were too small.  You can see it in the preview image from the Reaper forum post: 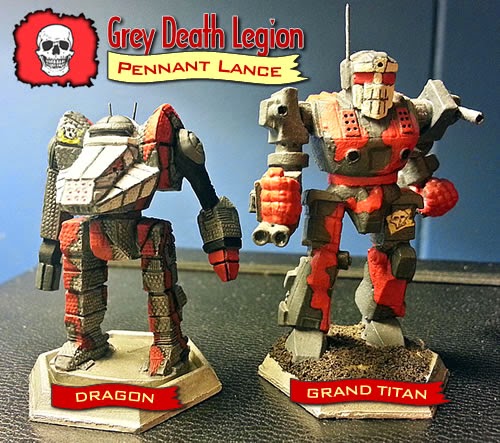 So when I went to do the basing I added a larger section to the “eye” and that allowed me to break up the two large white plains a bit.

I also used a micro pen to strengthen lines and details all over the mech.  They are quite handy for doing details.  You just have to remember they are ink instead of paint and they don’t dry right away.  I will sometimes use some acrylic sealer to expedite the process of drying the ink.  I have the Micron 01 Assorted Colors Pens.

Here’s a group shot of the previously painted lance schema with the Dragon.  It was taken before finishing touches were added to the Dragon. 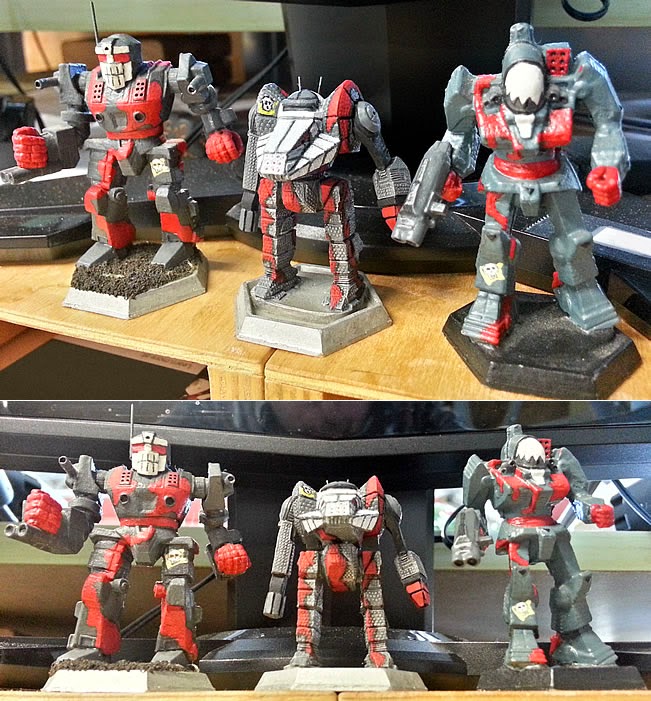 * Amalor Myrnnyx was the Reaper forum name for James Degenhardt.  James maintained a website where he posted his work and solicited commissions. Check out his gallery on his website or his work in the Show Off forum on Reaper Forums.  And while I never had the pleasure to meet this man at a con or elsewhere, I did manage to learn a lot about him from his work as a meticulous painter.