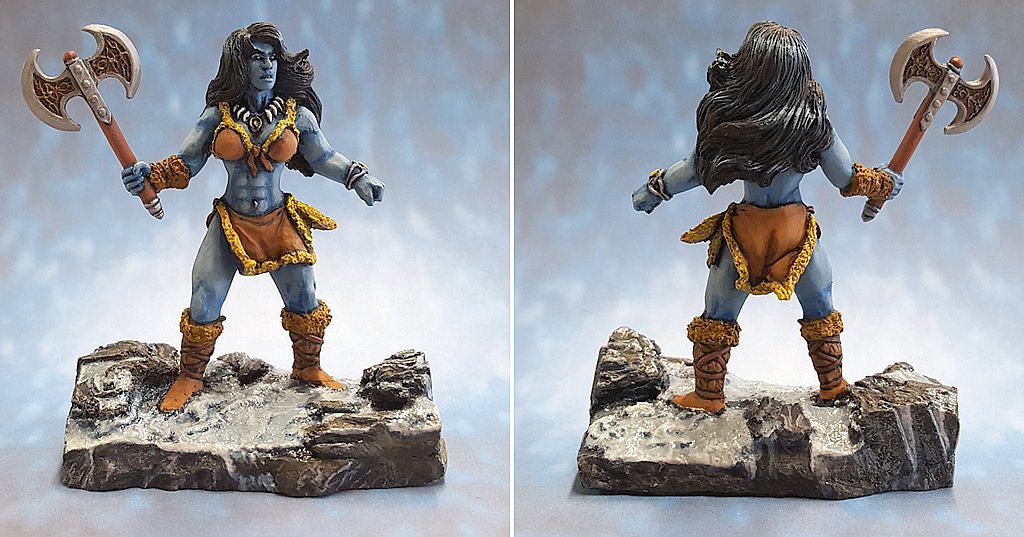 Frulla Krung was chosen as the next project by popular vote on the Reaper Miniatures forums.  The miniature was sculpted by Sandra Garrity and the base was composed of a piece of slate, sand, ballast, and bark.  You can see for yourself in the WIP post.

The miniature is depicted as a frost giant so I gave her blue skin and instead of a classic blond look as most seem to get, I decided to keep hers dark blue.  For the eyes I went with a bright grey iris to make them creepy, intense and stand out.

She’s clothed in the latest fashion of yellow fur trimming a classic leather bikini top and loincloth bottom.  Her “Ugg” boots are wrapped with leather thongs and she likes a fur bracer.

She’s sporting a tribal necklace of teeth but with a pendant to match the bracelet on her arm.  Her other accessory?  The family battleaxe.  A classic double headed axe with some amazing filigree work on the flat of the head.  She’ll claim a few heads with it next go around with the humans below.

Her ancestral home is high within the mountains and thus covered in snow, ice and hoarfrost.

Here she is … Frulla Krung, the Frost Giantess! 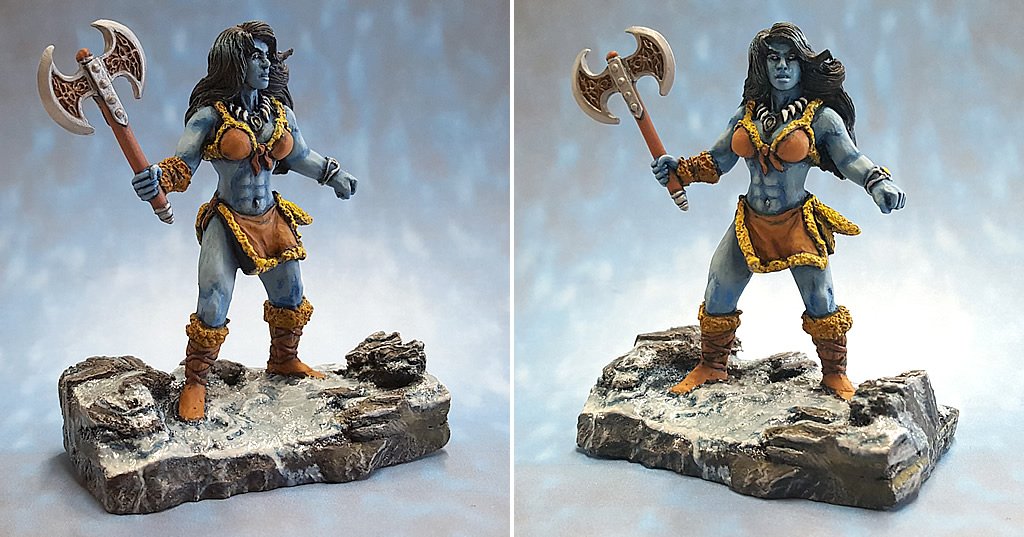 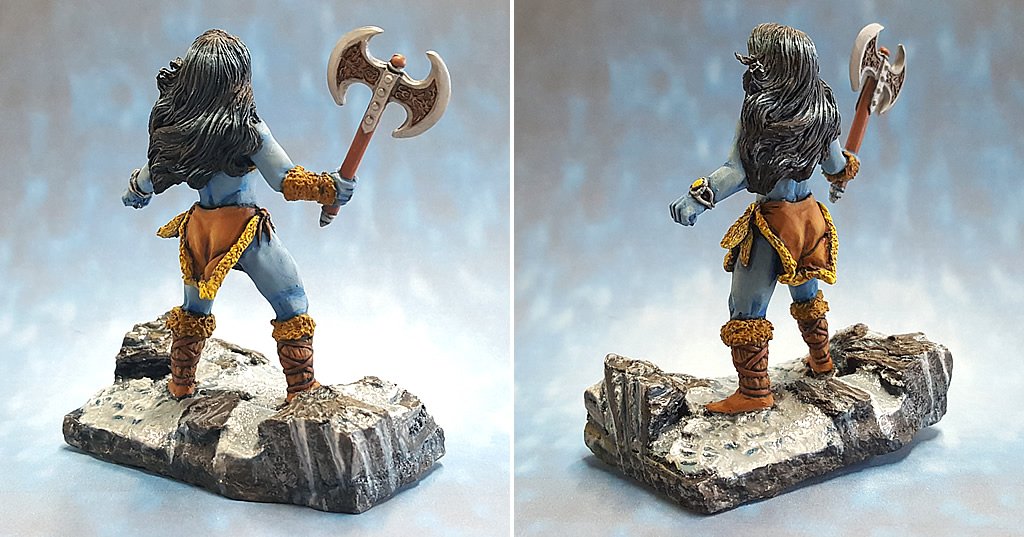