The Secret Sophie exchange came up and I jumped in to participate twice to cover for odd number.

The first one went out to Kay13 in Australia.

Special thanks to those who mentioned using straight pins to adjust drooping Bones minis, including MiniCannuck.

I shoved a pin up the Owlbear’s single leg touching the ground to get it to stand upright.

Here are the photos: 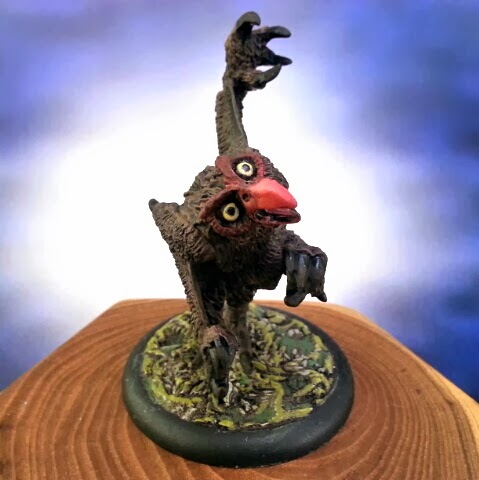 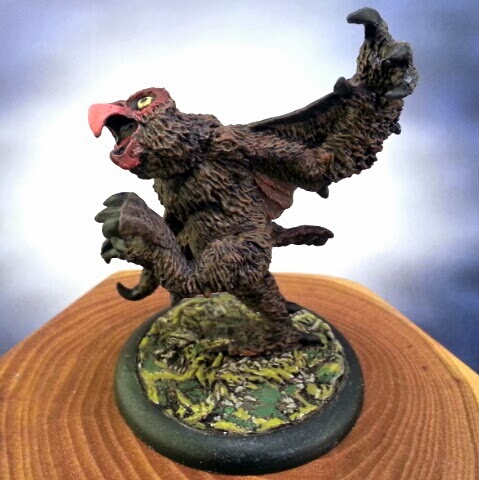 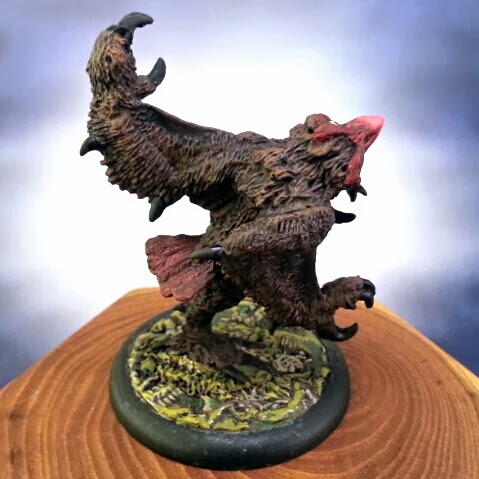 Kay13 liked the base so here’s what I did:

First I cut off the front of the integral base and trimmed it to better sit in the round base.  Then I smooshed some of the MagicSculpt that came with my Happy Seppuku stamps.  Once I had that level with the remaining integral base of the owlbear, I removed the owlbear from the piece and stamped the base with the Happy Seppuku Bones stamp.  I got the partial skeleton in there.

Then when the putty was cured I replaced the owlbear to the round base and covered the edges of the integral base with greenstuff and hid the edges with manual texturing using a toothpick mostly.

Once that was cured and I had finished the owlbear I painted the base as you see above as a kind of swampy, moss covered mess.

I’m glad Kay13 liked it and can’t wait to do another Secret Sophie.

Give it a thumbs up on the Inspiration Gallery.

The second one was to MatrissaTheEnchantress in Canada.

When I first found and started Rumscratch I was kind of stoked to work on him.  I used my usual shale basing and went with coral colors.

I got off to a great start getting the base colors on Rumscratch himself but I really was having trouble getting his shark coloring to work so I set him aside for a bit.

When I got some feedback regarding the items Matrissa wanted I thought, Rumscratch. 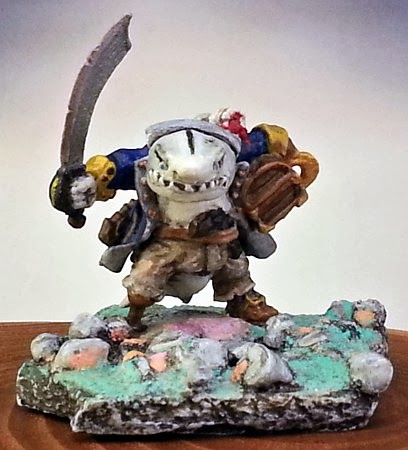 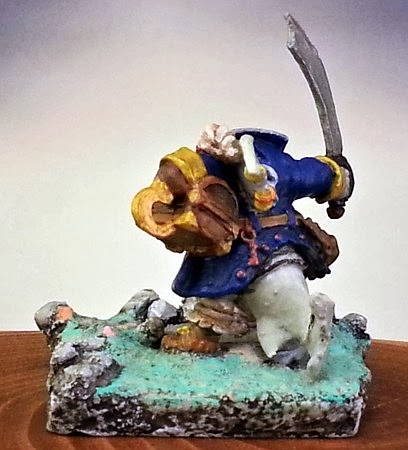 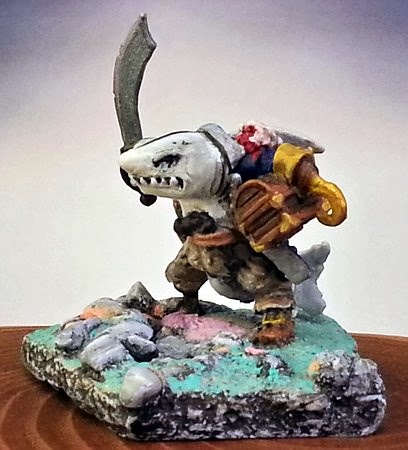 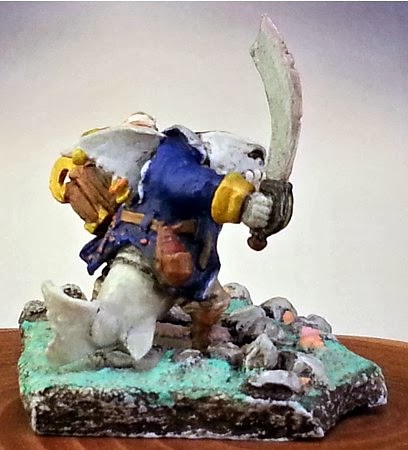 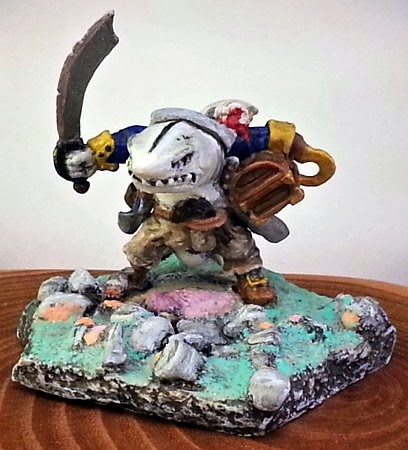 I am glad MatrissaTheEnchantress enjoyed her Secret Sophie present and she can use him as a creative NPC for gaming.

Give it a thumbs up on the Inspiration Gallery.