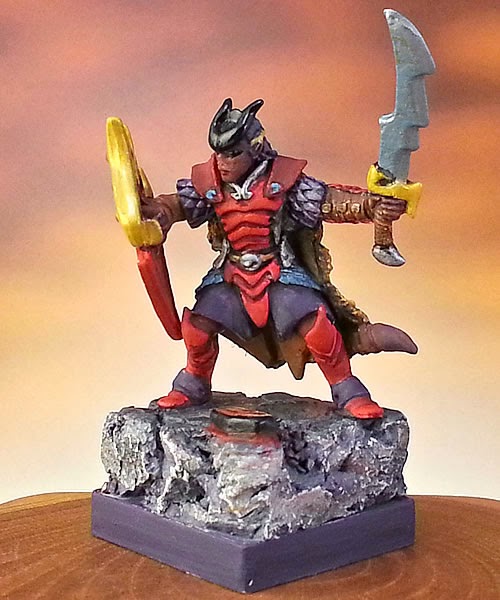 Vaeloth was chosen to be my Winter Exchange piece for … certain person yet to be revealed … and when I decided on him, I spent a little time working out what I wanted to do for a scheme for him. Firstly, I knew I didn’t want a classic tiefling saturated red for a skin tone and I also didn’t want to do a shining knight look for his armor and such. Especially since he had a more rustic wolf pelt on his back for a cape.

With that in mind I did decide that I wanted him to have a purplish, regal, cast to him to give him a look of royalty. The shield was such a blank canvas and all that space cried out for some form of heraldry but when I got the red on it I couldn’t bring myself to mar it. I also decided he needed layering colors in his armor and went with red for the primary pieces to match his shield, purple for his undercoat and the scale sleeves and then a light blue mixed with some purple to get a less saturated blue for the lower scales.

This is the first time I’ve used cork to make a rock base. I felt it wouldn’t stand up to holding Vaeloth to the base if I didn’t pin something together so I added a pin on his left foot/leg and that connects to the plastic base beneath the cork. And then glued it all into one piece. There’s a bit of ballast in the crevices to makes some smaller rocks. I like the overall effect of the cork but am unsure if I will use the technique much. 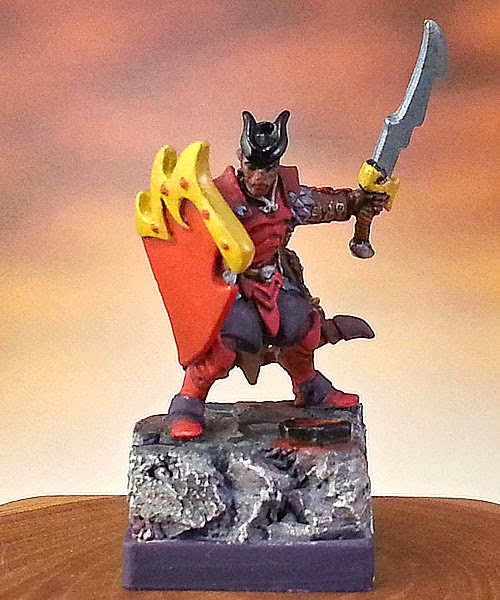 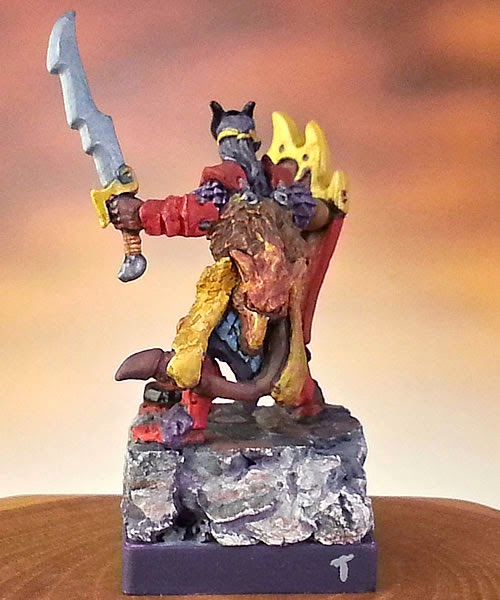 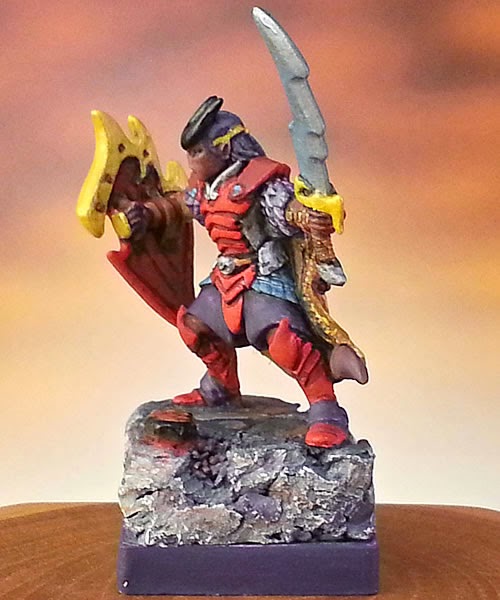 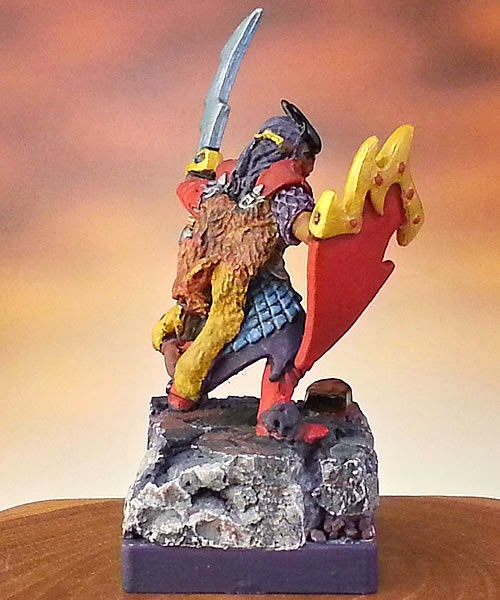 Here’s an detail look at the black rune on the ground in front of Vaeloth.  A remnant of his integral base. 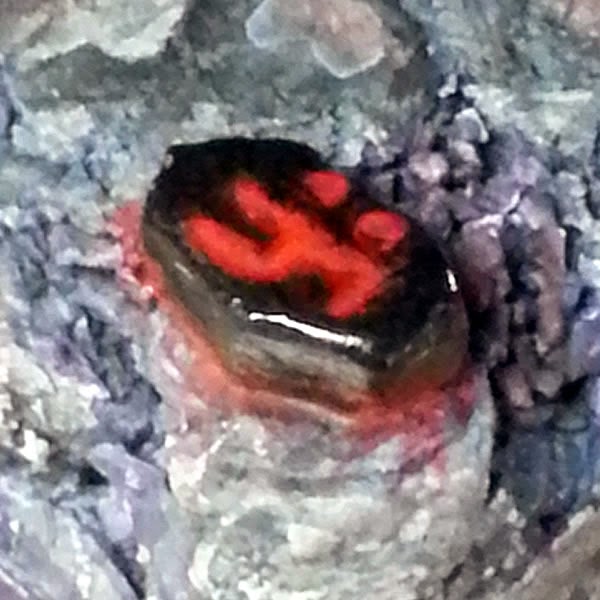