I know a great many people who use journals.  I don’t mean writing down our daily thoughts about what happened to us.  I mean keeping track of that which we thought of at that moment so that we may remember it later.

Over the course of my life, I’ve had many a conversation where an idea germinated and required work to bring to life.  But the idea died because the next day, week, or year, I couldn’t remember it.  So the idea was lost to time and may never be recovered.

Now with so many options for storing one’s thoughts, I’ve found it to be an integral part of my life these days.  No, I don’t carry a pad and pen everywhere I go in the traditional sense.  Over the course of my days I don’t always have thought provoking conversations, so on the rare occasion I might, I use my phone.  I have several apps that allow me to store stuff away.

The primary journal app I use is called Google Drive (formerly Google Docs).  I can pop open a word processing app and start typing out whatever came to mind.  Much like Microsoft Word or Open Office’s Writer, Google’s Document app is a word processor and it works perfectly for writing anything.  What this program has that the other two don’t is the ability to access the created file anywhere.  So whatever I write, I can go back and read it from my work, home, Starbucks (which I’ve never been in) or anywhere else via my phone, tablet or computer.

The other one I use, depending on whether or not I am doing a project from the idea, is SpringPad.  More on that in a minute.

But what if I see something that sparks an idea?  Out comes the phone.  Take the shot.  The phone automatically uploads the photo to two locations by syncing my gallery to Facebook and Google+.  But what if you need to annotate it to give the image more context?  This is where my next app comes in handy.  Upload the photo to my ideas notebook on SpringPad.  More on that in a minute. 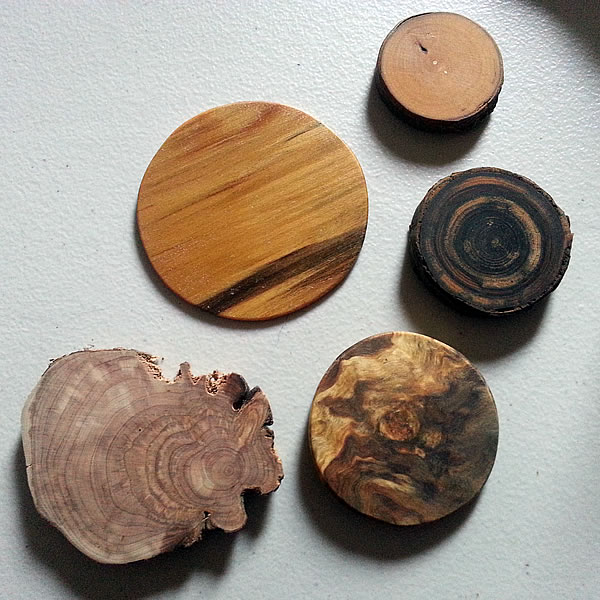 I tend to doodle when there’s a pen or pencil in my hand or nearby.  Some are worthy and some are just plain old doodles.  But when I’ve had an idea and am in the process of working it out, sometimes I need to draw something to better visualize the idea.  I keep scrap paper (recycled single sided sheets) at my desk at work and graph paper notebooks around the house (or work).  Then I can draw out a map to go with the words, give a face to an idea, or layout to a theme.

But how to get these into the ether of the Internet?  Duh, phone again.  BUT, what if I just drew them directly into my phone.  Excellent.  That’s why I have a phone with a stylus (Samsung’s Galaxy Note II) and can draw right onto my screen.  This is new to me and still a long way to go in expertise to get solid drawings from it, but it’s an option–one I need to remember more often but it’s doable. 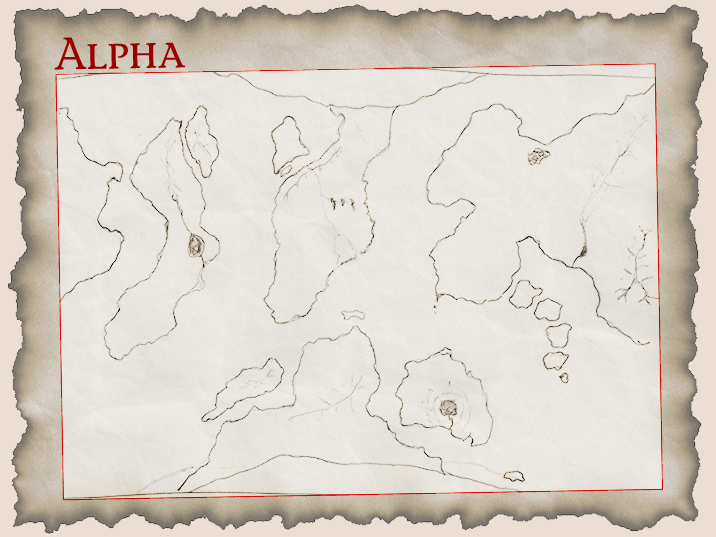 As a miniature painter, there comes a time when you want to keep track of a color recipe, see how two or more colors overlap, or any one of bunch of techniques to help you visualize the paint going on the mini.  And so, like many mini painters, I paint out these on a sheet of paper (I use watercolor paper) or in a notebook.  Then if it’s truly something I may need later or want to move forward to other projects with, I pull out the phone and take the shot. 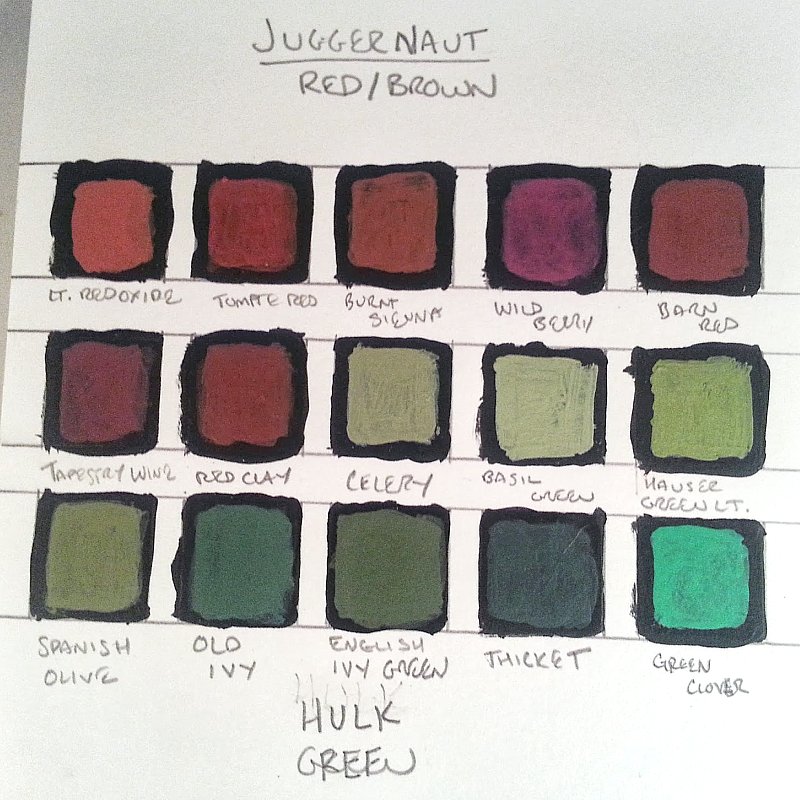 Putting it all together.

This is where I come back to SpringPad.  SpringPad’s app (and their website) is THE online organizational tool.  You can take all these different concepts and bring them all into one coherent project. 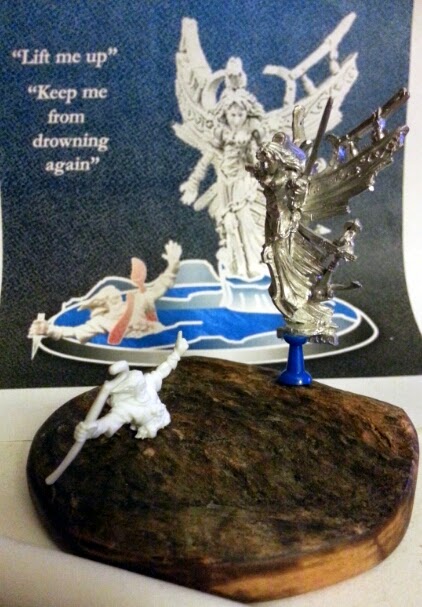 “Flood,” a diorama that was intended for a contest on ReaperMini.com’s forums.  The idea was to paint a piece (single mini or diorama) that represented a song.  I had chosen a song from a soundtrack called, “Flood” by Jars of Clay.  After listening to it for a while I got an idea from it and wrote it out.  I searched the Reaper Catalog and my owned mini catalog and pulled together the pieces into SpringPad.

“Flood” sadly was not completed in time for the contest deadline, but I am completing it anyway as I have the pieces and I like the idea.  I collected all of the ideas into SpringPad and worked out the project and even compiled what I wanted the diorama to look like using Fireworks.

The notebook in SpringPad brings it all together and allows me to see the pieces for the whole.

And they are embeddable.

Example B: Marvel Golem Team Up 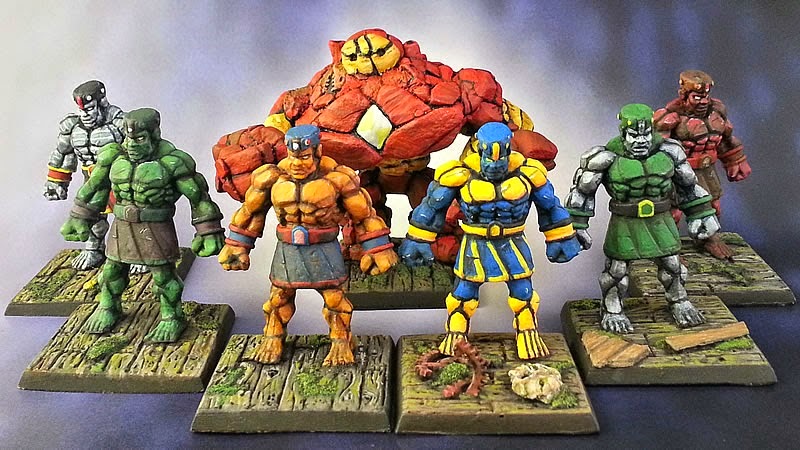 An idea that sprung from a simple enough thought: “The facets on this stone golem remind me of Ben Grimm, The Thing.”  The Marvel Golems Team Up project was started.  I explained the thought process on the Reaper forums to get feedback and then decided I would make it interactive and ask the forumites who from Marvel’s character lineup I should paint next.

I gathered sample images from the Interweb, set a specific paint scheme and moved forward. When the project was complete, it culminated in six actual Stone Golems painted as The Thing, The Hulk, Juggernaut, Colossus, Dr. Doom and Thanos.  As a bonus and based on a small feature of an unassembled miniature of a Large Earth Elemental, I decided to make a seventh non-golem member of the team, Hulkbuster Iron Man.

This notebook was reflective as I did most of the work via Reaper’s forum as a Work In Progress thread.  But now it’s compiled and much more helpful for anyone interested in gleaning ideas from it.

After many years of discordant ideas floating around my head, on paper in many boxes, or as started projects lost to a carry case or container, I’ve managed, with the use of a better journal experience, to record my ideas and bring more of them to fruition.  All with the intent of improving my abilities in painting, gaming, designing and more.

In addition to my own benefit, I have a living set of journals, collecting ideas that I can share with others who can take from them what they will, either in pieces or as a whole.

Evernote has a lot of features but works from a Note-taking Viewpoint where as Memit comes from a Collection Viewpoint which is more like Springpad.  Evernote is multi-platform whereas Memit has to release an Android App yet.  Memit replied to a Facebook message promptly and answered my questions including my inquiry about an Android App. They informed me that the Android App (written natively as opposed to a port over) will be available sometime in August.  As with all internet companies … August could mean August or it could mean December or sometime in 2015.

One neat advantage of Memit over Evernote: