After chatting with my good buddy, Ub3r over at Ub3r’s Ubsession, I decided on a Copper Dragon with a darker “bronze” body and more coppery wings and scales for the type of dragon and marbled tiled floor with green and off-white for the tile colors. 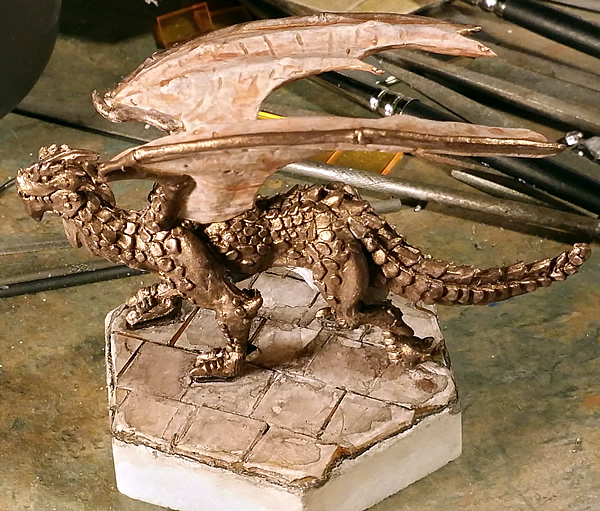 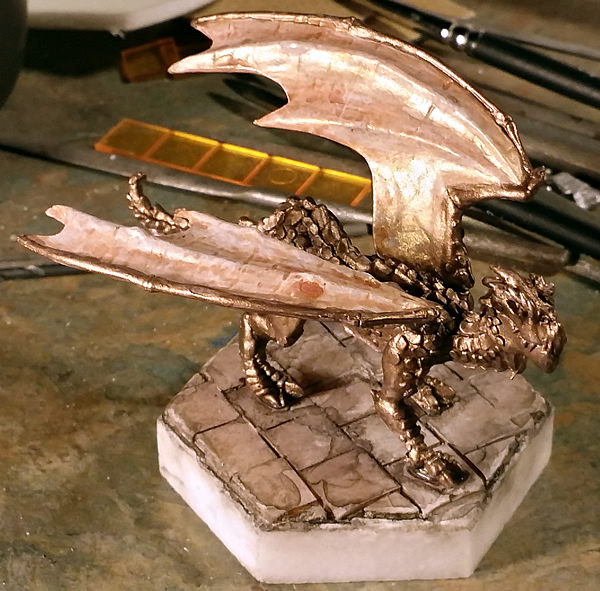 I finished rebuilding the right hind leg with green stuff. 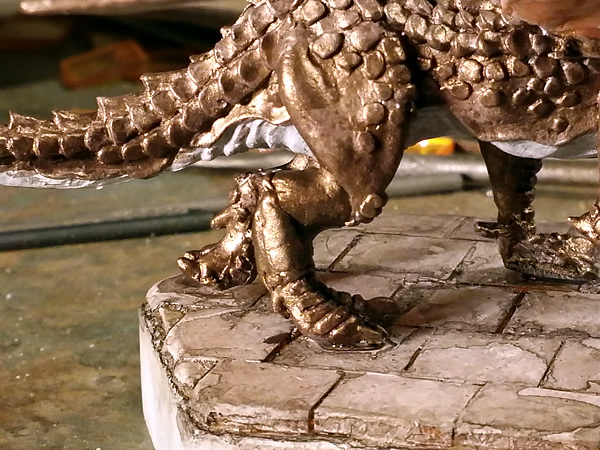 So, what are the colors:

I like the two colors together.  The Ancient Bronze will need several coats where used.

Once the basecoats are set, I’ll play with the verdigris on his skin and wings.  I think the edges of the scaled skin will get the effect and a pattern on his wings.  Also thinking the tail tip and something on his face, almost like a tattoo pattern.

Here’s the piece with the wings closer to a solid copper color and the basecoat on the tiles: 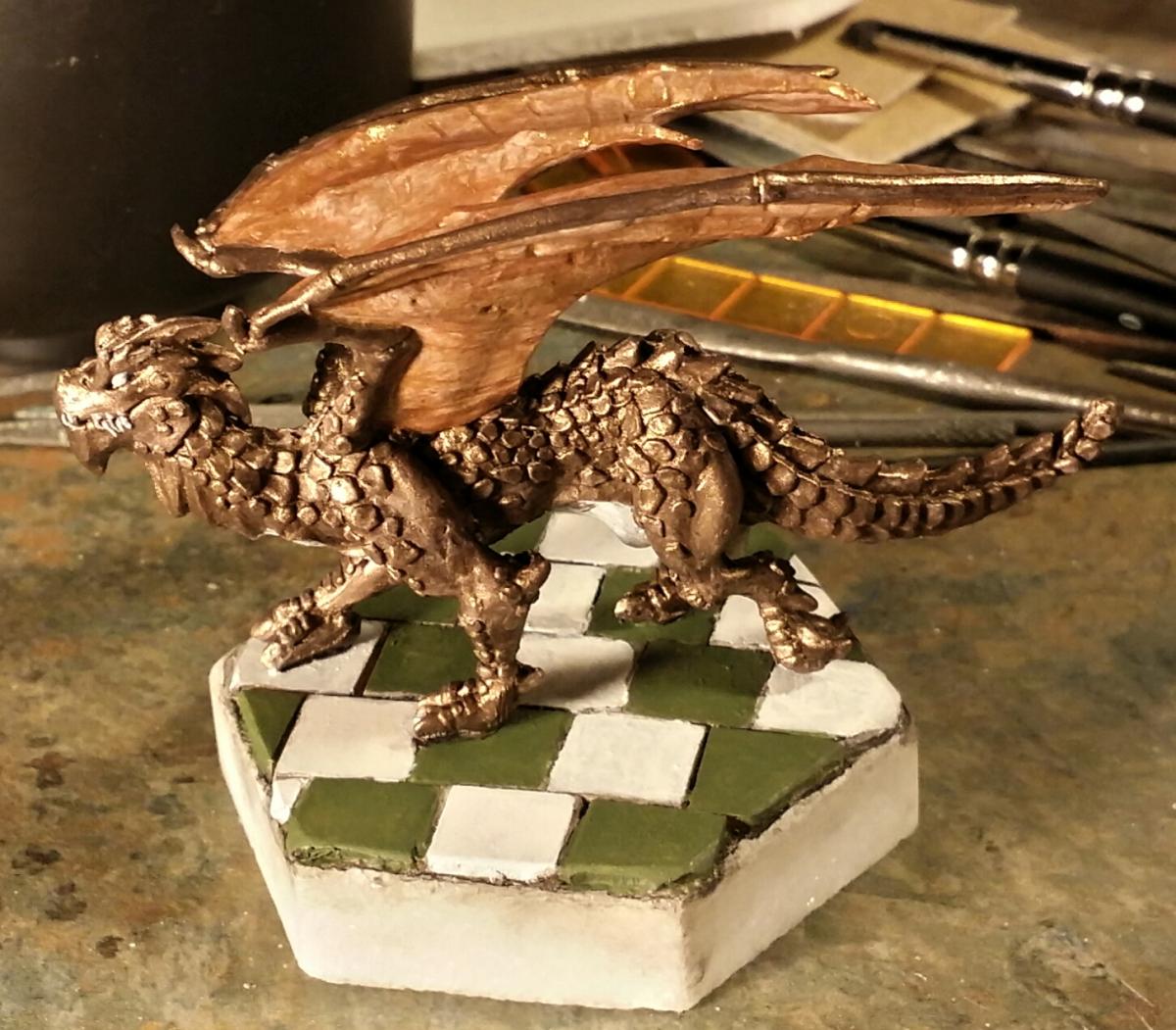 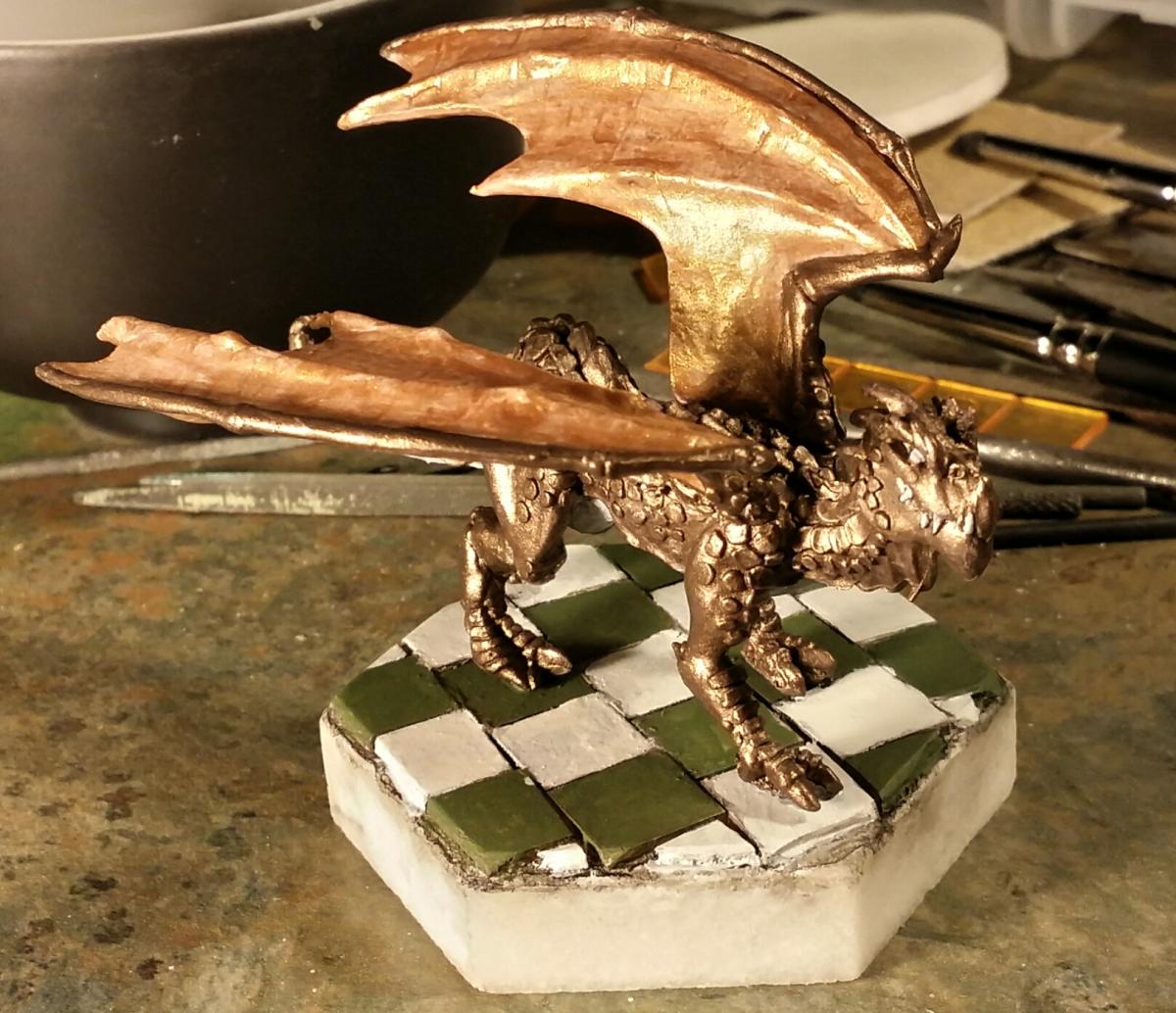 I loaded a photo of the dragon from the top down so I could see his wings clearly into Photoshop and created a Verdigris effect on the wings to show my placement concept.

Basically the webbing end has the “verdigris” irritation growing toward the limb side and it’s more prevalent along the “fingers”. 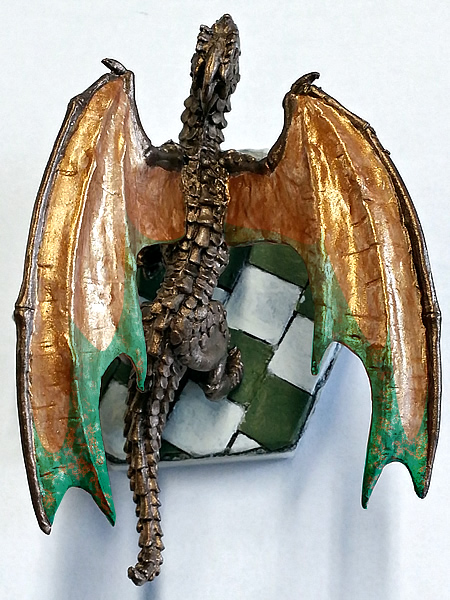 So not bad so far.  We’ll see how the actual painting of that effect works out.