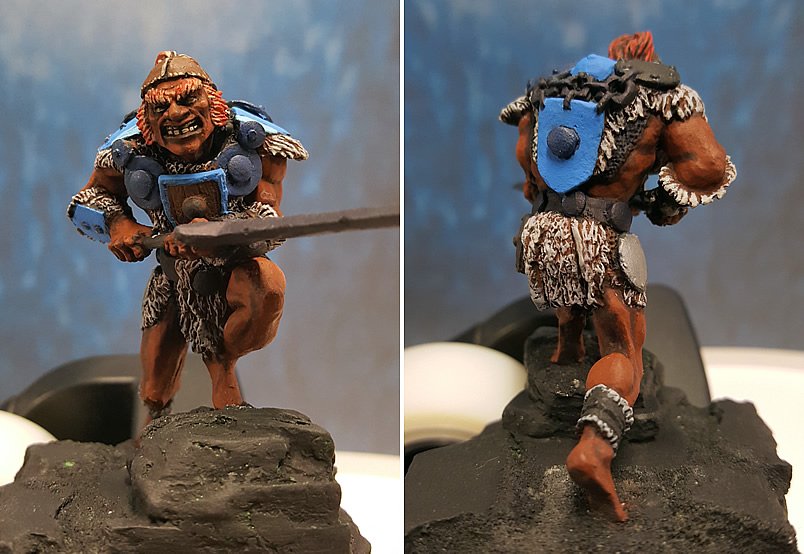 Surtur’s son is coming along nicely through the initial WIP. After the last post he received some detailing. Starting with Reaper Terran Khaki “highlights” to his eyebrows, sideburns and topknot scalp line. After that I blended them in to soften the transition a bit. I also used Reaper Terran Khaki for his teeth and eyes. 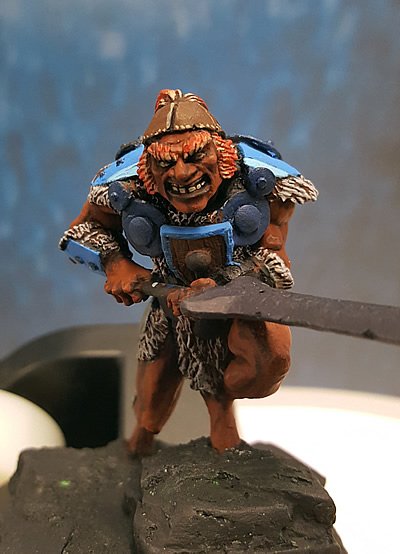 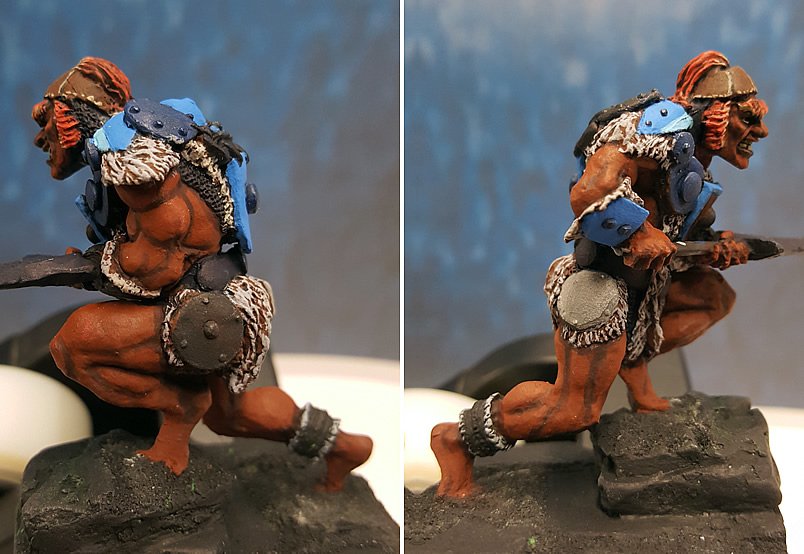 Then at our local Paint Day I worked mainly on his base. One of the comments I received was that the model lacked a sense of scale compared to regular size humans, etc. so I added some skeleton pieces to the base and then worked in some vines.

I primed the bones with Reaper Grey Primer and then covered them with my favorite aging paint, Reaper Promo Rattlesnake Leather.

Once the vegetation was set I painted the vines with a dirt wash (Reaper Walnut Brown, Reaper Rainy Grey, Vallejo Pancer Aces Stencil). I added a bush next to the giant’s right knee.

The slate surfaces received a mixture of Reaper Grey Primer and Reaper Solid Black. Additional edging along the vertical edges are Reaper Rainy Grey and Vallejo Neutral Grey
The bush is from the same piece of moss that I used for the vines. It was tightly packed near one end. I glued it to a paper clip end with super glue. Then I cut away some of the bottom to make it the right size. The bush then received two watered down glue bathes to harden it up a bit. Once one bath had set, it got a second. Once that had set, it received the same dirt wash and the paper clip was twisted into a round base to glue in place.

The bush’s base was then covered in sand to cover the glue and blend it into the rest of the giant’s base.

Once everything was completely dry, I started to put the finishing touches on the base.

The slate received edging with Vallejo Pancer Aces Stencil and then repeated dirt washes to get the collected sediment look along several edges.

With the base in the ballpark of what I was looking for it was time to return to the giant. Well his sword.

The sword received Reaper Scorched Metal for the blade’s edges. I decided I wanted a molten background through the flat of the sword. So, I used Reaper Rach Red and then added a pattern over the red using Vallejo Glossy Black. The flat of the blade is then outlined with Vallejo Pancer Aces Stencil. 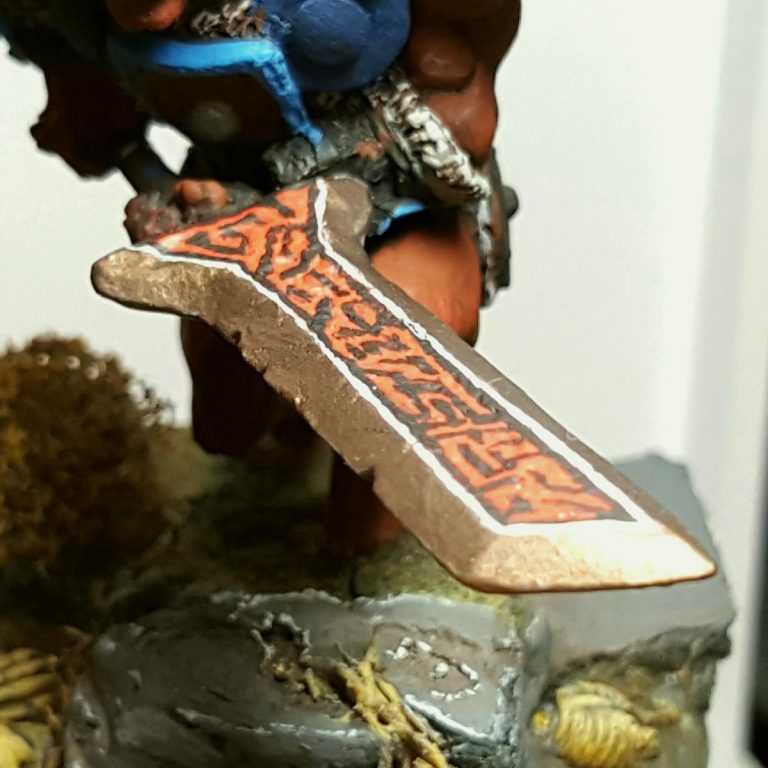 That was all I had time for Saturday night.