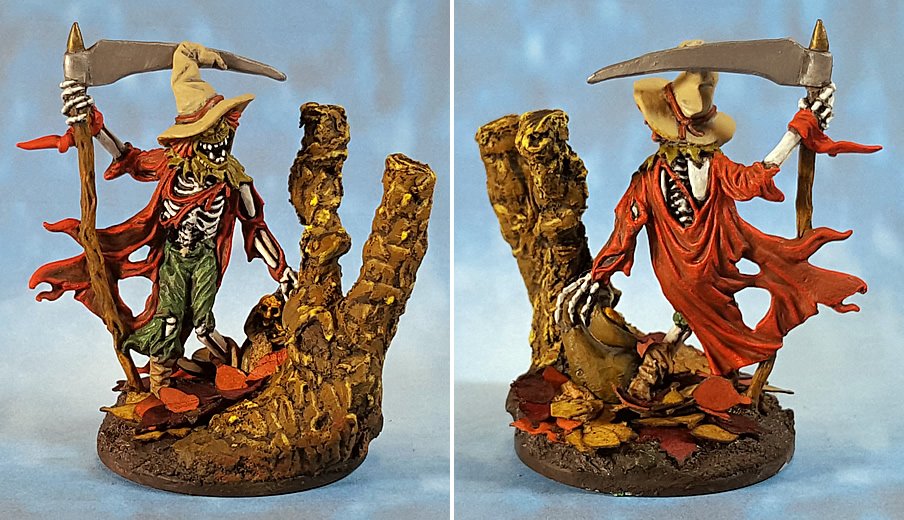 from Markshire :: Kingdom of Ice

Given that it’s fall here in the Finger Lakes of New York and with leaves still turning and falling from the trees, I really wanted to do a pile of leaves at Gauntfield’s feet. I buried part of his boots with sand and glue to start the mound of leaves when I added him to his base.

Last week I bought a Falling Leaves Border Punch that punches out two maple leaves, a smaller beech leaf and an acorn. With that I punched out some red, orange and yellow paper to create a pile of leaves. 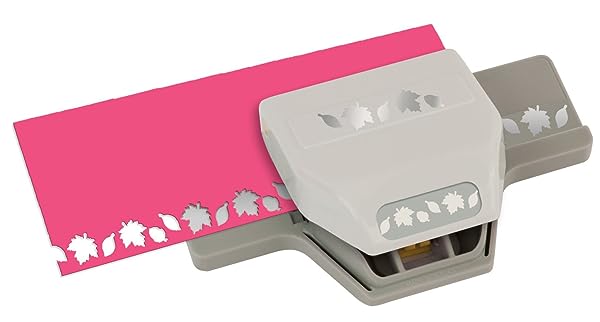 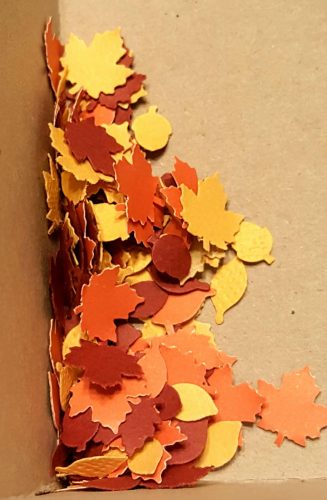 As you can see above they are a nice combo of leaves. However, the edges are white from the paper and they are very plain looking.

I placed them all in a container and applied a wash of Reaper Walnut Brown. I keep a small bottle of that wash available all the time for glazing shadows, etc. The edges darkened up and the leaves took on a much darker appearance. 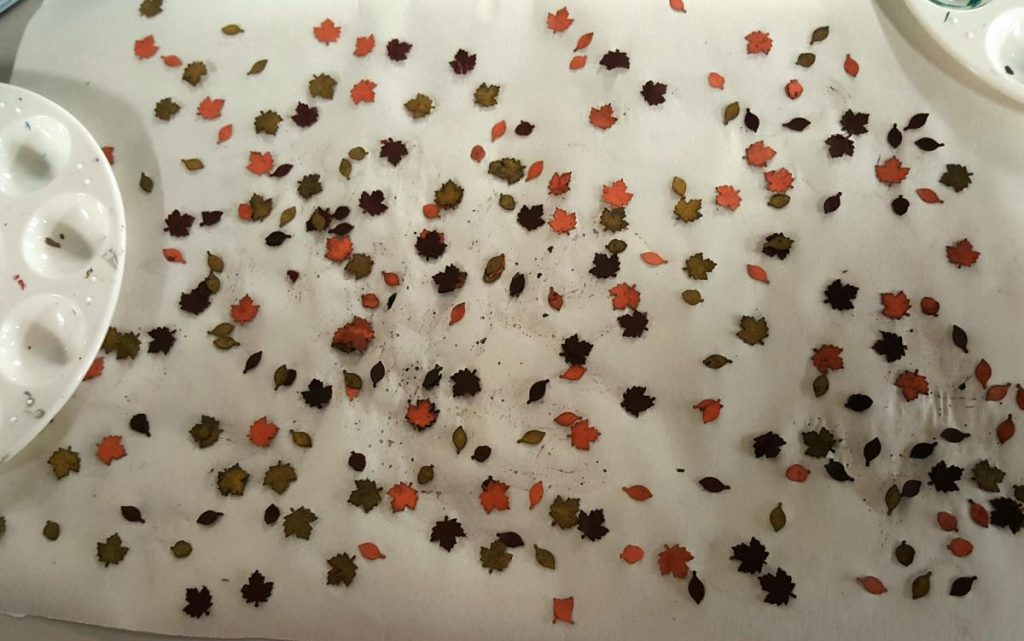 You can see in the photo that the red and yellow darkened up significantly and the orange didn’t seem to soak in the paint nearly as much. After drying on some parchment paper for a while, I roughed them up in my hands a bit and separated out the maple leaves from the rest. They really are just too big for the scale. The others are a bit oversized but they aren’t too bad.

To add some variation to the leaf edges, I did cut some of the maple leaves into thirds and included them in the mix to go on Gauntfield. So with some white glue mixed with water, I piled some on the mini. They tended to lay flat while soaked so I bent some with the tweezers as I applied them. 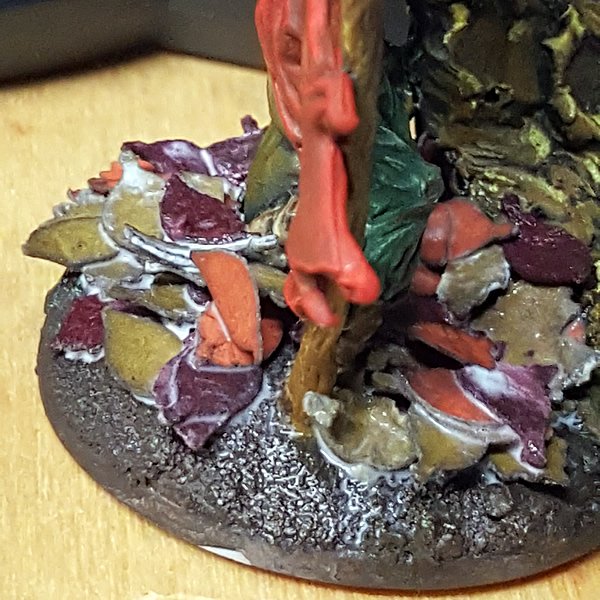 Above you can see the first layer I used. At the very bottom are a few of the full maple leaves to set some edges. The acorns look like leaves in the mix. It took a while but the first layer dried nicely. Next I will paint some variations and shading on to the showing leaves before adding the second layer. The intent is to get the pile near the top of his boot next to his scythe handle.

Some of you might be asking yourselves, “Why not punch real leaves?” I did punch real leaves. Unfortunately, they are much harder to insert into the wide punch. If it was an individual punch, I could easily punch leaves. So I settled for punching paper this go around. 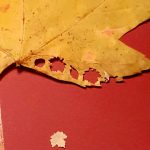 So far so good. Stay tuned!