This is a WIP for two minis that really don’t have anything to do with one another game wise or even really project wise, except one is fire-based and the other is ice-based.

WITH FISTS FULL OF FLAMES … 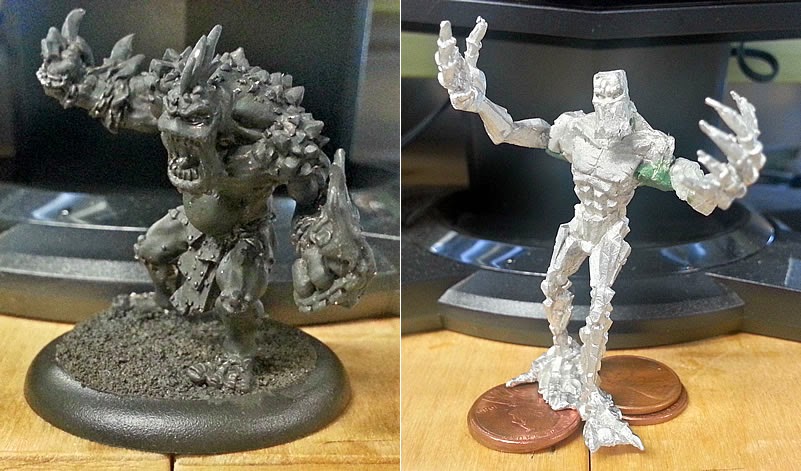 IN THIS CORNER …
HAILING FROM WYRD MINIATURES …
WITH THE FROSTY STARE …
THE
ICE GOLEM
Enjoy the show!

There may be a diorama down the road, but if there is, it will allow the minis removal.

I cleaned up and assembled these two miniatures.

Pyre Troll’s ahead with a primer coat of Brown Liner.

The Ice Golem had some major pinning with the arms which required superglue and green stuff.

The pins are angled to get the pose for each arm.  Green stuff will require some sanding and shaping before priming.

Felt good about it last night and really wanted to at least assemble them.

I did leave off the belched fire from the Troll.   It looks weird and don’t think I need it.

However, that does mean have a spare fire effect.  Nice.

IF … I make a vignette or diorama for these two, I think this would be the concept for the base: 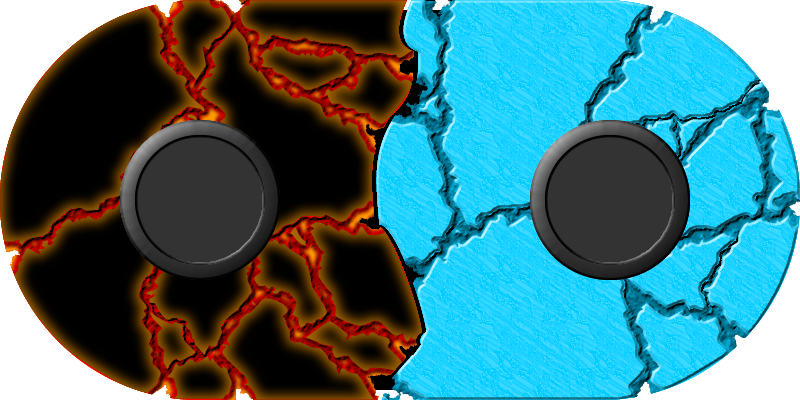 Obviously, this is just a mock up.

But I kind of link the image of the two battling over the divide.  Perhaps more divide is necessary.  Hmmm.