I started in on a cork round 4 inches in diameter. 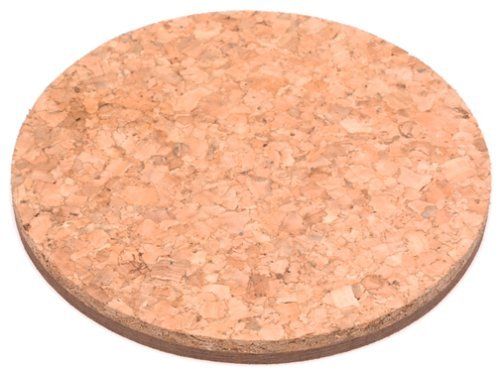 I removed the cork to reveal two levels. 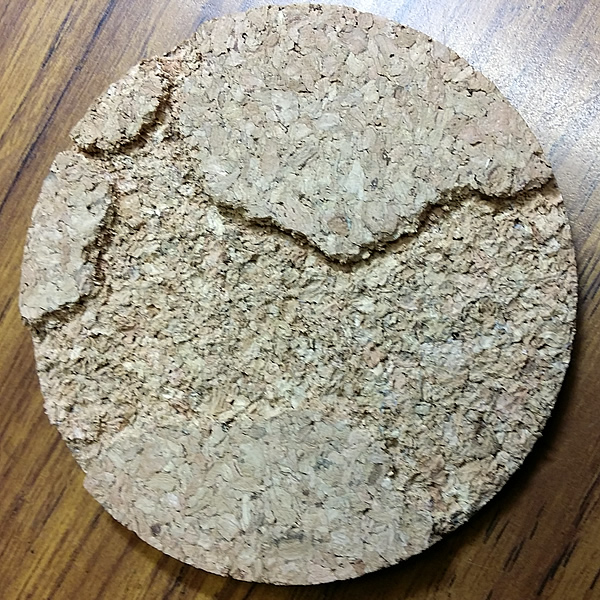 Then started painting the surfaces.  The upper levels got a basecoat of Reaper Midnight Blue.  The lower level got Walnut Brown.

Then I used an orange, Vallejo Amarantha Red around the edges of the raised surface.

I painted Reaper Auburn Shadow out from the bright orange edging and then Reaper Spattered Gore.  The middle of the lower level received a wash of Reaper Black Ink to help blend in the heat glow.

The Black Ink wash is still wet in the following pic. 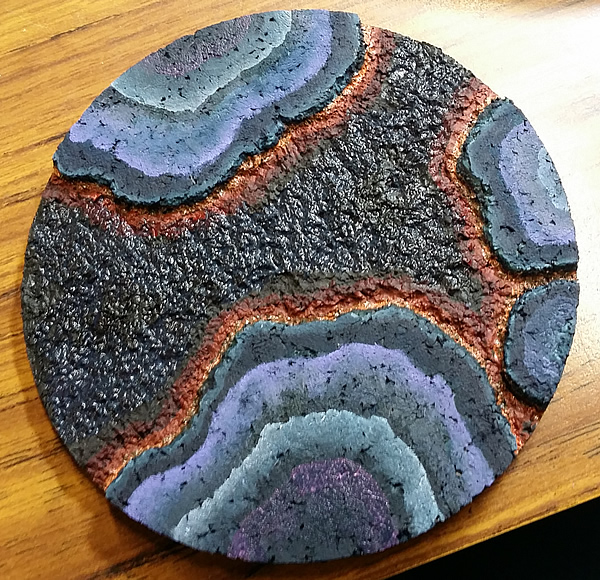 Then some finishing details were added and the rings and heat glow given some contrast. 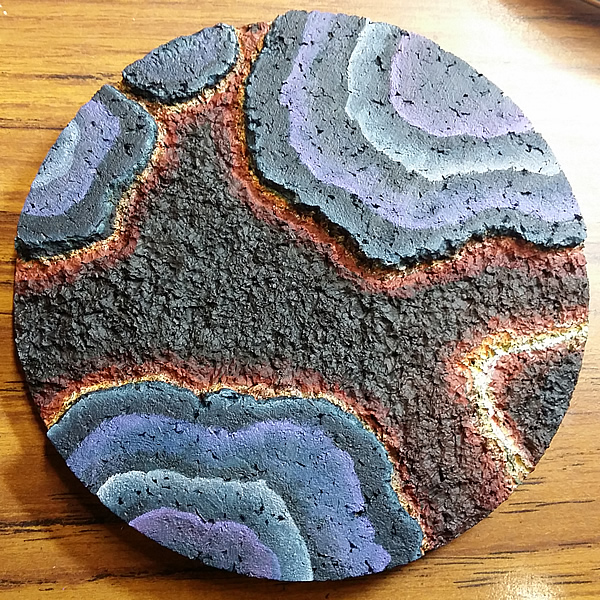 I’ll be adding some gloss varnish to the geode surfaces and finishing it up shortly.  Look for a Show Off post soon.