In the continued effort to clear off the shelf of shame … er, clear off some of the miniatures that were “started” and have been sitting on the shelf of shame for some time … I have grabbed Frulla Krung, Frost Giantess from Reaper Miniatures. She was simply glued to a piece of slate but technically had been started.

Here’s what was done: 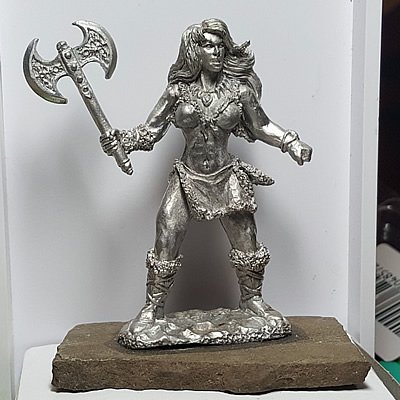 Not much, right. So, why Frulla? Surely, some of my other started projects need to be finished?

Yup. I decided to put the next project up for a vote over on Reaper Miniatures’ forums and she was the clear winner.

Let’s get to the WIP so far.

So up first, Frulla was cleaned and primed: 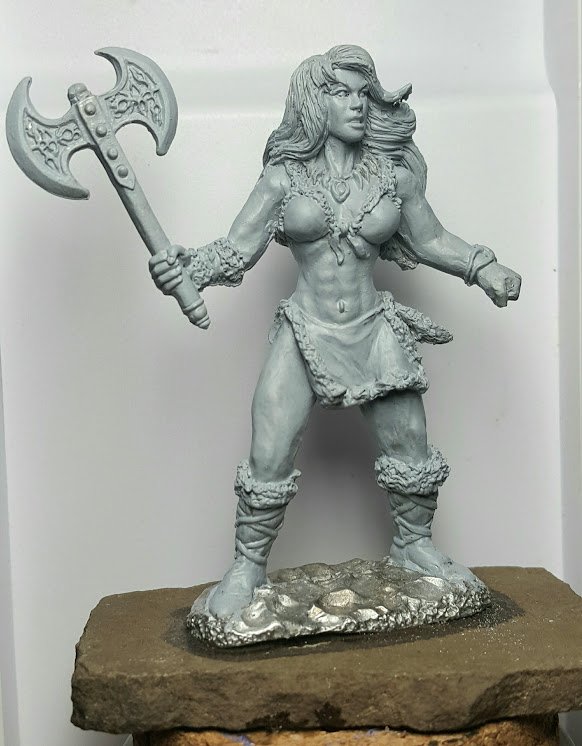 Then I started in on the basing by adding two pieces of bark. 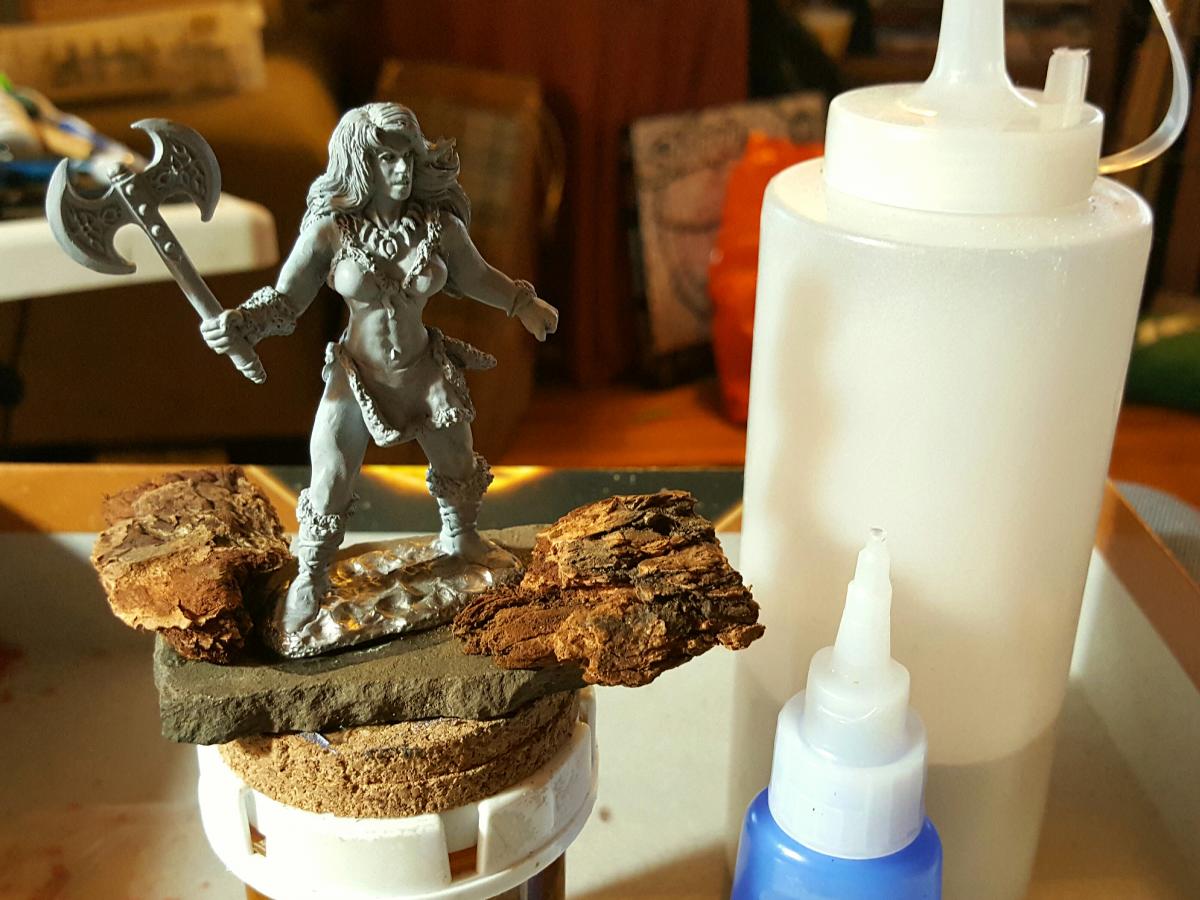 Once those larger rocks were in place, I added super glue and sand to fill around the integral base. Then after the glue set, I added some Squadron Green Putty to smooth out the “snow” in places and fill some cracks of the wood “rock”.

The bark was then cut closer to the slate and after adding some “cut-ins” along those cut edges, I decided to add another small bit of rock behind her and toward the middle.

After setting that in place, I used some more super glue and sand to fill some snow between the two rocks and around the new rock.

To improve the exterior sides, I started filing the outside edges and the slate. I decided to seal the wood with a layer of super glue. Once that was set, I filed the cut-ins smooth and cleaned some edges.

With everything set and dried, I finished priming the base and did a wash of primer to get into the smallest details. 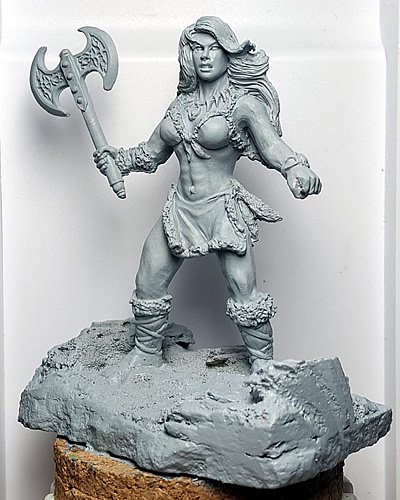 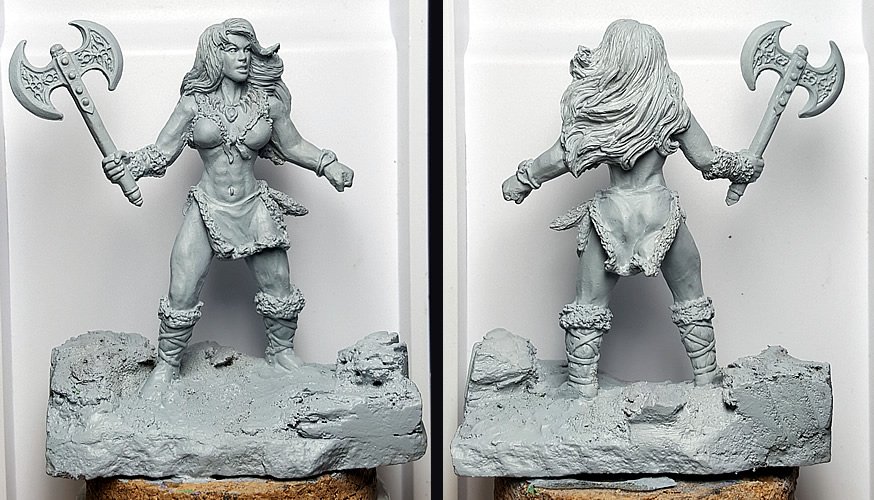 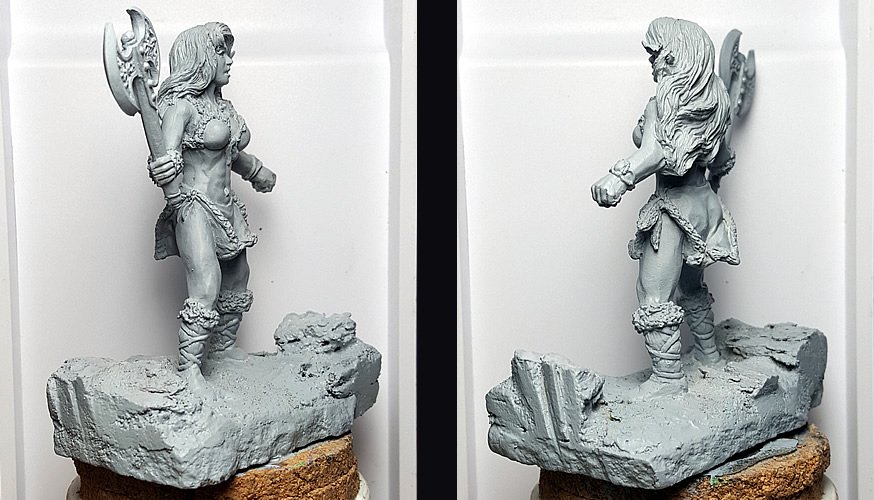 I decided to take a close up of the base: 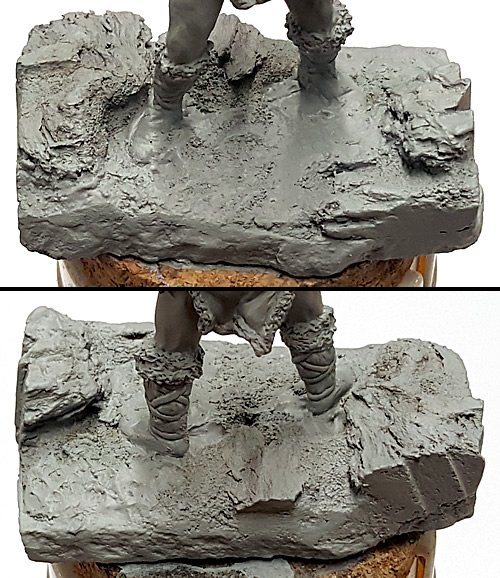 Now that the base was finished and it was time to start lining Frulla. I used Reaper Nightmare Black which is very dark blue.

I also got the basecoats started. Reaper Woodland Brown for her outfit and Reaper Dragon Blue for her skin.