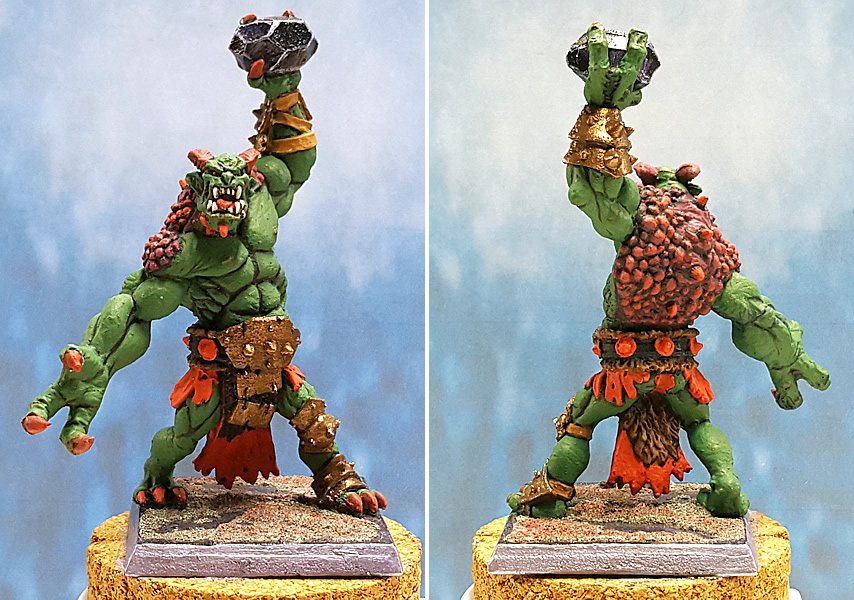 It’s a Giant Troll From Hell!

Reaper Miniatures’ Hellborn Troll sculpted by Ben Siens (available in Bones now) is a demonic version of the Hulk with 3 fingers and a really bad case of acne dermal plating on his back. I painted him a while ago to about 2/3rds finished. And in a recent spat of shelf of shame cleaning pulled him down to get the job done.

So, you can see from the pics above that it was started and had an interesting idea to it. It just got sidelined like so many of my projects. “Real-life-interruptus!” Now, you may be wondering … “hey, that looks like a real piece of glass or crystal in his hand.” Well, I doubt you did until you read that, but it’s a paint; specifically, DecoArt’s Americana Gloss Enamel Dioxazine Purple. It’s glass acrylic enamel that takes quite a long time to air cure or can be baked.

I coated the gemstone and the base in the stuff like he’s walking on a plane of glass on another plane of existence.

So, whipping out the non-craft paint kit I started in on this guy again. First, I lined over his current paint job with Reaper Midnight Blue so that the green I use for his skin will have that darker blue in the shadowy edges. Then I started covering his olive drab craft paint skin with Reaper Turf Green. It punched up the color saturation of him considerably.

His loincloth also brought up a bit in saturation with a coat of Reaper Rach Red. I also applied that to armor points on his belt. 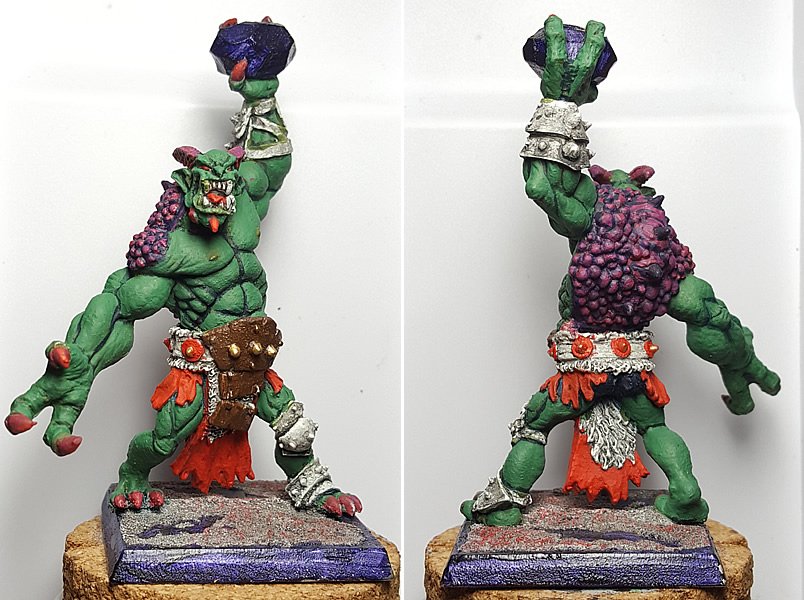 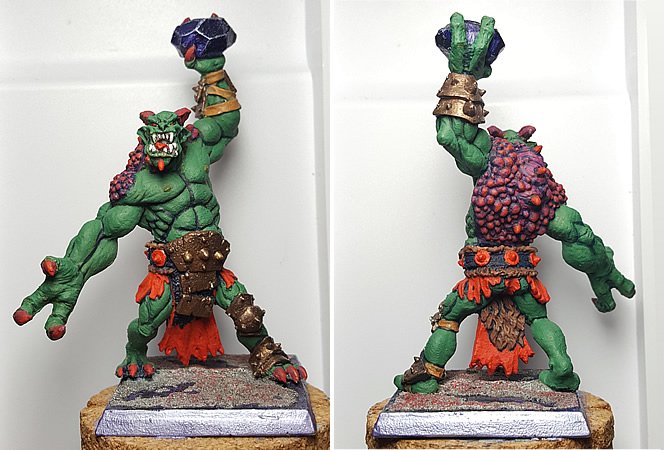 Then it was time to get into the nitty-gritty!

After all of that, I felt it was time for some nice pictures 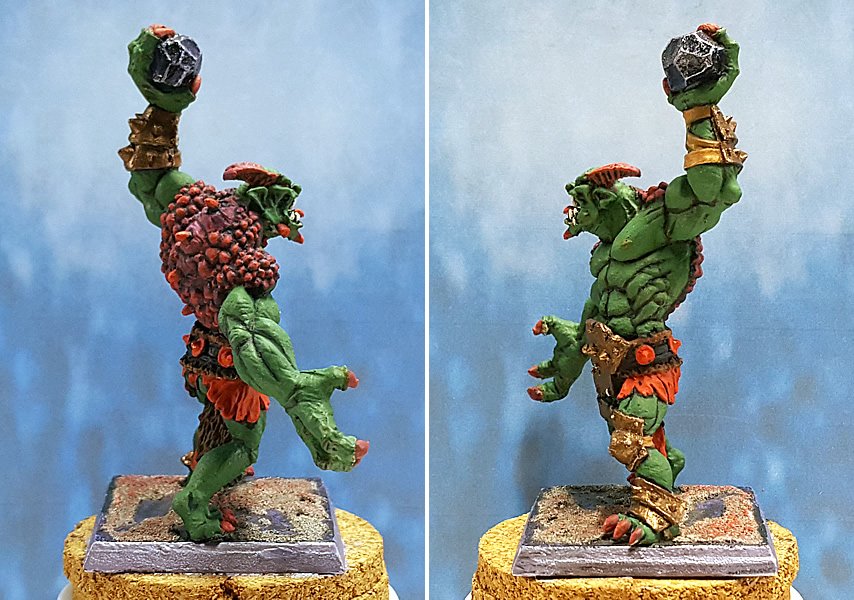 What’s left? Not much really. The spikes on his armor will be painted a dull dark color; prolly Privateer Press Cryx Bane Base. The chainmail will get a dry brush of Reaper Tarnished Steel and the belt will get painted Vallejo Glossy Black.