A while ago I saw Anne Cooper’s repaint of the Marvel Frost Warrior from HeroClix.  It is an amazing job.  Please take a moment to appreciate the piece.

Before I continue, I want to state that I am in no way comparing what I do with this miniature to Anne’s.  Hers is really amazing.  I just like the miniature and have a thing for Frost Giants.  I go by the name, Thrym, after all.

My repaint will be to create a D&D Tabletop Frost Giant Warrior. And as I have a tendency to, I started with the HeroClix base.  I took it apart, cut back the part that was still attached so that I could cant him forward a bit more for his final pose.  To get the angle, I glued a larger piece of bark at one end of the original spinning base and then glued him to the bark and the base.  My plan was to create a stone base for the ice spur he’s crouching on.  I want the spur to appear as if it was created out from the rock.

Once the miniature was glued in place and things were set, I started adding Silver Maple bark around him to fill in the space up to the ice spur.  Then when that was all set I sprayed the whole piece with Armory White Spray Primer. 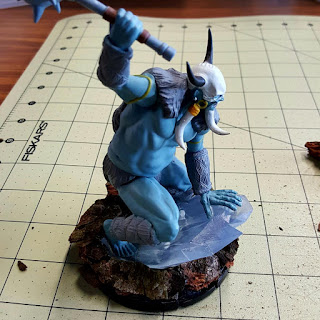 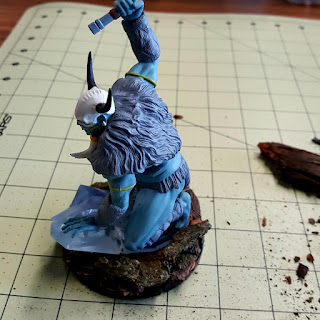 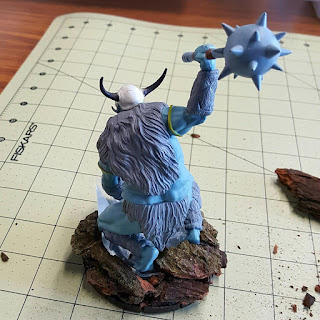 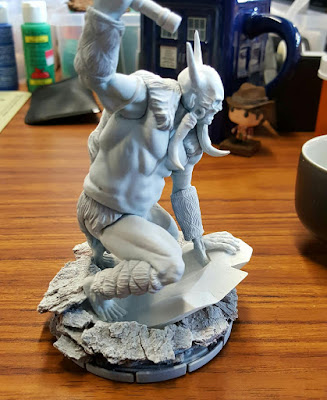 From there, I worked on filling in the holes with more bark bits as necessary as well as medium size ballast and just shy of sand ballast. 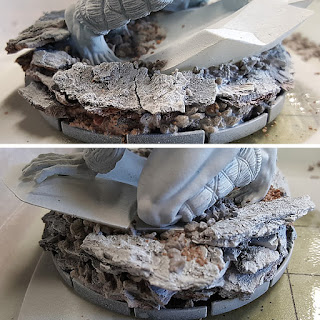 I added some scree to the bottom of the ice spur between his feet. 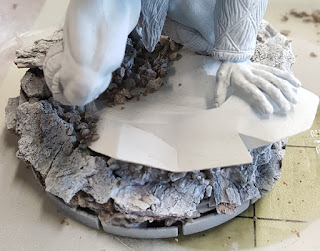 Then it was time to basecoat the miniature himself.  Since I was sticking with the frost giant type, I went with my typical frost giant blue.  To achieve that, I used the Reaper Sample Blue that I had received in an order. 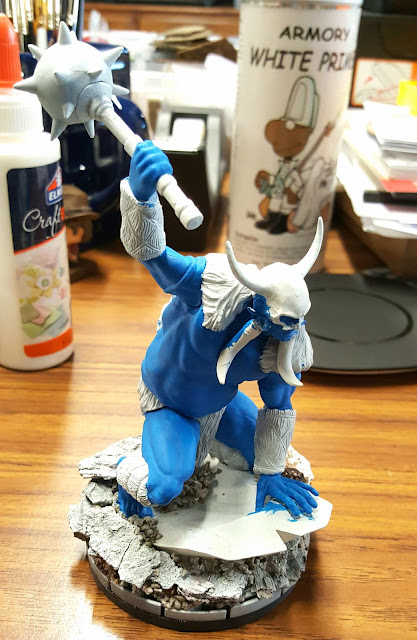 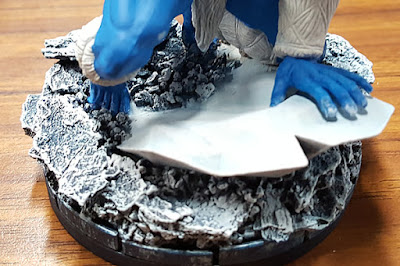 After that I decided to paint the ice with the same Reaper “Blue Flame” and more white and then added Reaper MSP Auburn Shadow to basecoat his furs.  I am thinking of doing his bracers a different color like tan. 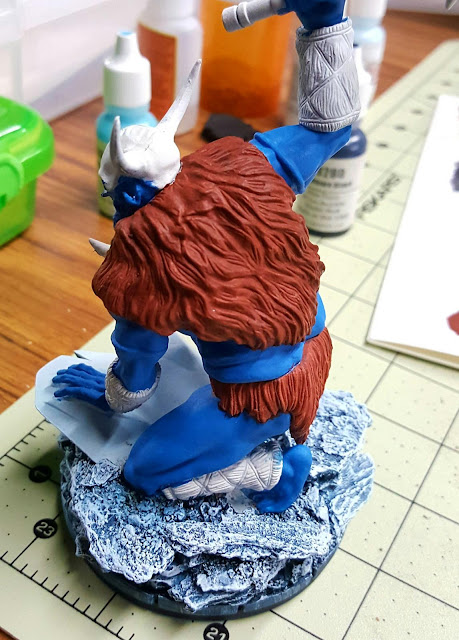