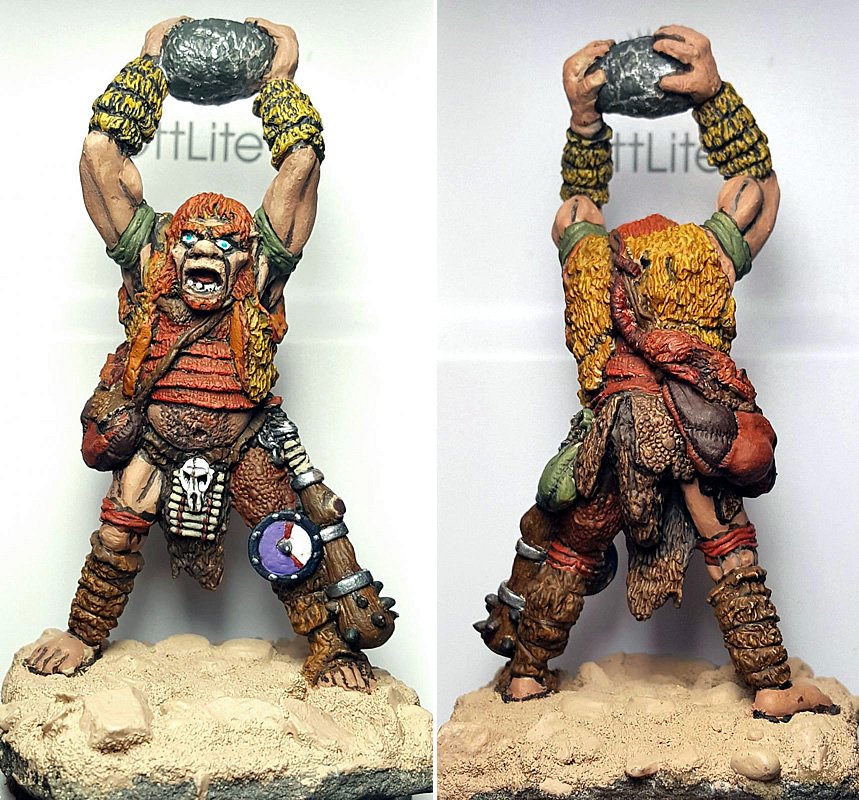 I pulled another miniature off the wall of shame, Reaper Miniatures’ Lunkh, Hill Giant.  Amusingly, it’s another of Jason Wiebe’s sculpts, so there are tons of detail on it.

He’s mostly finished and you can see the process in the WIP below.

I started out with lining the tan primed mini with Reaper Gray Liner and testing out some flesh tones and settled on Reaper Tanned Shadow as the middle tone. 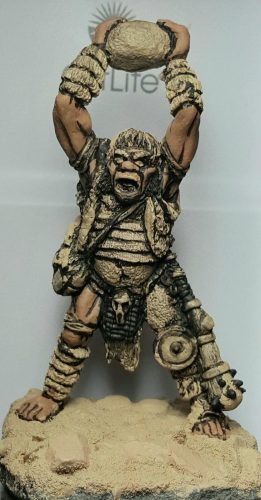 From there I started assigning colors to his various furs and the armor under his fur vest. 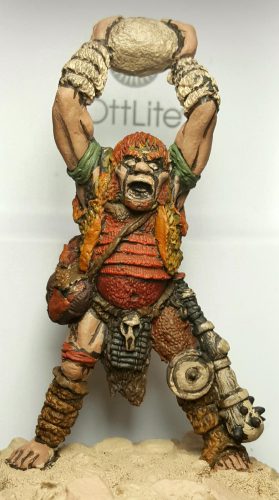 Here are some alternate photos:

From there it was time for details: 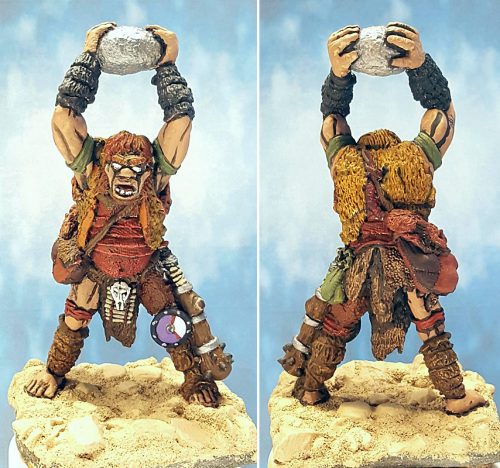 The shield is Reaper Midnight Blue around the outside, Reaper Malvernian Purple, Vallejo Pancer Aces Stencil, with a separator of Reaper Auburn Shadow.

The loin cloth skull is Vallejo Pancer Aces Stencil and the reeds are Reaper Terran Khaki.

I painted the rock with Reaper Tarnished Steel and the arm fur wraps with more Reaper Grey Liner.

The rat on the bag is Reaper Spattered Crimson and Reaper Maroon Red for the tail. 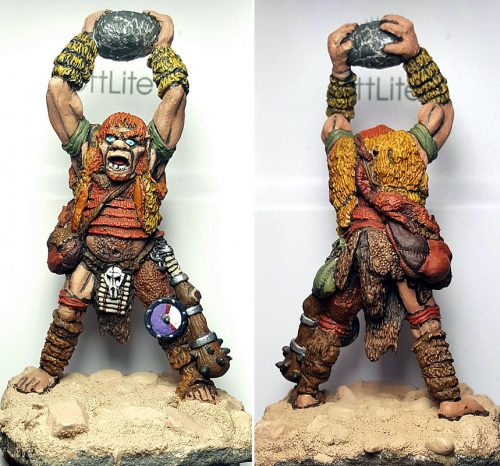 His eyes are Army Painter Hydra Turquoise and tongue is Reaper Red Shadow.

He’s pretty close to finished so the next post will be his show off piece.  Stay tuned.