Working on the Undead Dwarf from Stonehaven Miniatures using a slotted base from the same company.  The resin base is flagstone and has a skeleton hand coming out of the ground.

I enjoy dwarves.  Unfortunately, I missed the Kickstarter for the Stonehaven dwarves.  I traded for the set.  And their undead dwarf is my favorite.  I want to call him “Jolly” for his “smile.”

I first primed with Reaper Grey Primer and lined him with Reaper Walnut Brown.  The photo below shows that I still had some more lining to do. 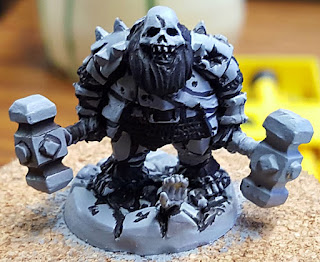 I finished lining him in Reaper Walnut Brown and got ready to basecoat him.

I painted the following… 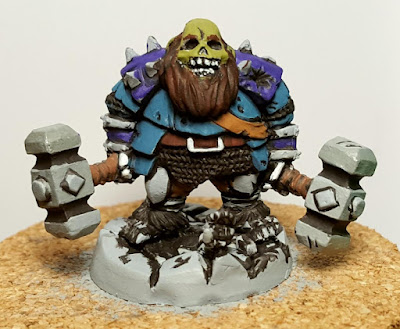 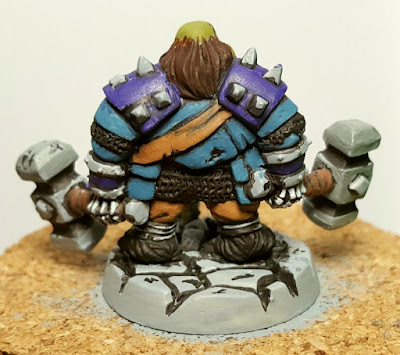 To make him look a little more zombie with beard and less skeleton with beard, I think I will be adding an eyeball to one of his sockets.  I think the slightly wider right eye will give him a more amusing appearance. 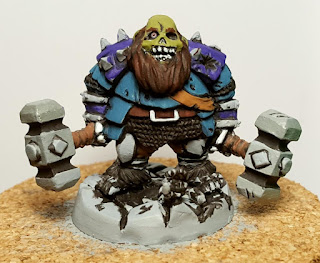 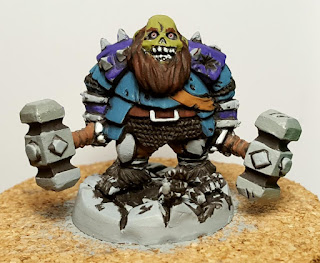 I added a second eyeball to see what it looks like with two.  I think I still like one eyeball, assuming I can make it look right at that size.

Stay tuned as I make his hammers “mithral” colored and finish working out his colors.